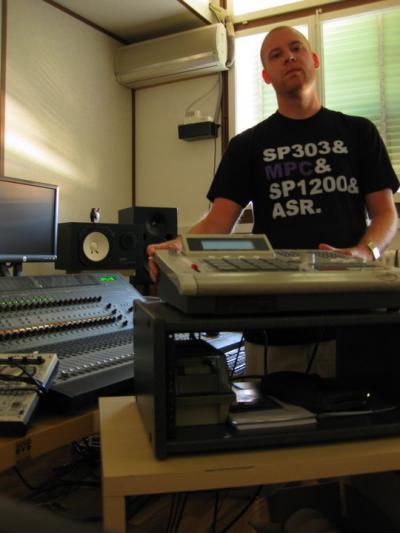 The story of Chief is one of two coasts. Though Evan Koga, Mike Moonves and brothers Danny and Michael Fujikawa were all born and raised as sons of Los Angeles, they left for New York University, worlds away. It was in New York that they first got to know one another as collaborators, rumbling through a number of semi-serious projects and solo ventures before feeling swept away by a small run of songs Koga had penned and presented to them. He had written them under the name Chief, a moniker the brothers Danny and Michael opted to keep the day they first formed their trio. It was on New York stages that they honed their songs and found their sound, a thoughtfully melodic update on summer and road records past. Neil Young. Tom Petty. The Band. Crosby, Stills and Nash. Natural, timeless songwriting for times that change too quickly. LA was never far away.

In fact, in early 2009, they all started to migrate home to the City of Angels for good, the newly added Moonves along for the ride on bass. “We simply wanted a change of pace,” guitarist Koga says. “Our BPM is a little bit slower here.” On Modern Rituals, their first full-length and Domino debut, that transcontinental downshift is captured in gorgeous, full-bodied stereo. Recording began in November of last year, the foursome taking their songbook into the studio with New York-based, producer and Grammy Award-winning engineer Emery Dobyns. The goal was to create a rock record free of gimmicks and fences, a fresh look at classic sounds fitting of its title. The end result is just that. “It’s a traveler’s record. I listen and it immediately feels natural to see myself driving down the Pacific Coast Highway,” guitarist Danny Fujikawa explains. “But at the same time, maybe it would feel the same way if I were walking through New York.” Modern Rituals was tracked in four different studios, parts of some songs scattered across time in New York, Echo Park, Los Feliz and Venice, California. “You wouldn’t know to listen for it, but it’s like a math problem,” says Michael. “I can hear personal experiences from all those times layered across some of these songs. It’s insane.” To his brother, one element unifies the album as a whole. “There is a good bit of ocean in there,” Danny says.

True—in the saltwater crash of “Breaking Walls” or hilly expanse of the “This Land,” there is an unerring sense of landscape, of clean air in your gums and on your skin. But Modern Rituals isn’t simply a rock n’ roll record born of American shoreline. It’s a band of songs that bridge all the rhythms and wavelengths in between. And in a way, it’s bound together by much more: in the process of making Modern Rituals, the men of Chief have become a family, too. Since Koga’s first, decidedly more folk-y offerings, each member of the band has grown together and come of age as the songs have evolved. The evolving songwriting partnership between Koga and Fujikawa in particular can take one’s breath away. A self-taught guitarist, Danny had long made music alone with sequencers and loop samples of his own imagining. When given the opportunity to work with Koga and his older brother, he left school early to join. “I had faith in this band and Evan’s songs,“ he says. “Evan has a great grip on finding very powerful chords, ones that could even be seen as classic. He doesn’t just sing over them—he flows.” In the union between their two guitars, each of its own completely different discipline, one can hear a synergy as lasting as the vocal harmonies all four have clearly worked so hard to combine and refine. The commitment to creative democracy in the band is felt outside and in. An older song of Koga’s, “Breaking Walls” was one the band had stopped playing for a while and one with which its author had lost touch. But after hammering away at it as a group in the studio, it took on shades he hadn’t expected to find. “In revisiting it together and just hearing it in its final form, I started loving it again,” Koga explains.

“You Tell Me” is a Danny-penned bracer sometimes felt most by his older brother. “Because he’s my brother, we’re already cut of the same cloth: everything about him is to do with me and everything about me is to do with him,” Michael says. “But that song is literally about how my mom and I are constantly telling Danny to get up and go, to snap out of it, that he can do it. To hear him sing that song is huge. As a band, we go through everything together. We’re all deeply invested in this music, even if we didn’t write the song or lyric.” Though that love is audible from Modern Rituals’ first strum to its last, few moments ring as true to the sentiment as “In The Valley”. Koga and Danny’s guitars slow dance with one another. Moonves and Michael’s rhythm section is loose but totally in-step. And beyond the many constellations of melody that unfolding from top to bottom, you can hear all four meet vocally. Since the very beginning, Chief has prided itself in braiding together every member’s voice in a way both unique to their own modern sensibilities and loyal to the rock & roll touchstones that helped bring them closer to together. “Chief has opened my eyes musically,” Danny says. “I’m not just working on my own anymore and in that way I’ve grown as a person: I started out as a guitarist and now I have a voice. I want people to be able to hear just how proud we are of all of these songs.”