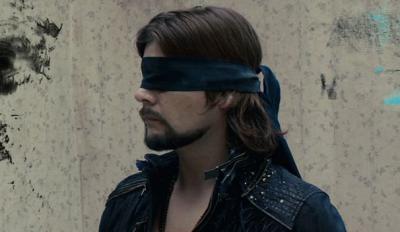 In 1999, Rea Garvey formed the band Reamonn. Over the 11 years, that Rea Garvey was frontman of Reamonn, they saw chart-topping success, with a number of gold and platinum selling albums (Tuesday, Dream No. 7, Beautiful Sky, Wish and Eleven) and several sold out European tours. In 2011, after the release of the bands best of album/DVD "Eleven", and a best of tour, the band parted ways.
Garvey took this time to pursue a solo career, which gave birth to his first solo album "Can't Stand the Silence". This Solo album "Can't Stand the Silence" saw Garvey's transition from Anthem Rock with Reamonn, to Alternative Electro Pop.
As a solo artist, Garvey has written songs for a variety of acts, including Paul van Dyk, Jam and Spoon, Roger Cicero and The BossHoss. Rea has also collaborated with Apocalyptica, Nelly Furtado, Mary J Blige, Jam & Spoon, The BossHoss and ATB. In 2005, Rea collaborated with Nelly Furtado on the track "All Good Things (Come to an End)", for her 2006 album, Loose. The two also toured together, in France and the Netherlands during 2007.

This fascination with electronic music was first seen in 2001, on the title track "Be Angeled" for the movie Loveparade. This was the first of many collaborations with the DJ team, Jam and Spoon. The song was performed for the first time live, in memory of Mark Spoon at the start of the Loveparade in July 2006. In 2007, Rea appeared on a track titled "Let Go", for Paul van Dyks album In Between. Rea has also worked on a solo collaboration with Xavier Naidoo, with whom he recorded Falcos song "Jeanny" in 2002 and "My Child" for his debut album, Can't Stand the Silence in 2011. This was a multi-platinum success, following the break-up with his former band, Reamonn early 2011.

Garvey has also been one of the four coaches on the German version of The Voice, The Voice of Germany for both seasons. The winner of the second season was British singer-songwriter Nick Howard, who was on Garvey's team.

In 2005, Garvey together with Xavier Naidoo, Sasha and comedian Michael Mittermeier, paid tribute to the Rat Pack in a live performance called Alive & Swingin', in aid of Garvey's charity organisation, Saving an Angel. Due to its success, the four took to the stage again, in early 2011, to a sold out tour. As the demand for the German Rat Pack grew, the four continued to tour in 2012 and, with their big band, were set to take another encore in 2014.
http://reagarvey.com