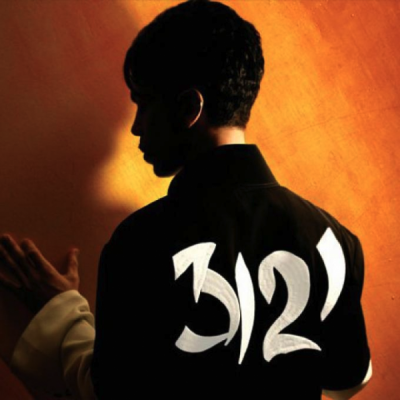 3121 (pronounced "thirty one, twenty one") is Prince's latest studio album of new material. The album, released March 21, 2006 in North America, is distributed through Universal Records.

Album information. The album's first single, "Te Amo Corazón", was released in America on December 13, 2005, and debuted at number twenty on the VH1 countdown; the second single, "Black Sweat", was released on February 2, 2006.

The title of the album was believed to be a reference to the address of Prince's rented Los Angeles mansion. A lawsuit filed against Prince by the landlord (NBA player Carlos Boozer) indicates an entirely different address (1235 Sierra Alta Way). However, Prince has repeatedly referred to the property as "3121"; indeed, the lawsuit alleges he painted 3121 on the exterior of the property, and the album's liner notes indicate that it was "recorded at Paisley Park Studios and 3121."

Ostensibly inspired by the 1964 children's novel Charlie and the Chocolate Factory, Prince included a limited number of "purple tickets" with the album. Lucky winners who found tickets were flown in from Europe, Asia, Mexico and the US to attend a semi-private performance (along with a long list of celebrities) at Prince's home in Los Angeles.

Song descriptions. The album opens with the psychedelic title track. The funk jam reunites Prince with former New Power Generation members Michael Bland and Sonny T and also has Prince using distorted vocals, including one similar to his Camille alter-ego. Next is "Lolita", a pop number driven by a keyboard line and synth-bass. Displaying Prince's new maturity, the song is about a desirable woman who is tempting, but will not make "a cheater" out of Prince. Quite the opposite of such songs from the past like "Let's Pretend We're Married". The album's first single, the latin-tinged "Te Amo Corazón" follows and slows the tempo of the album; however the next track is the dancable, minimalist funk jam, "Black Sweat". Track 5, "Incense and Candles" displays Prince's experimentation with a vocoder and delivering a fast southern rap — both of which are new styles for the artist. The next track, "Love" is at once futuristic and old school Prince, using drum machines, synths and touching on themes of God and Love. The tempo is slowed once again with "Satisfied", a seductive ballad delivered in a style that wouldn't be out of place on a Ray Charles album. The song recalls "On the Couch" from Prince's previous album, Musicology. Prince transitions from Ray Charles to Jimi Hendrix with the funk-rock track "Fury", which reminds the listener that Prince can hold his own with the greats of electric guitar. Next is "The Word" which features a jazzy saxophone groove that also makes a veiled reference to Prince's recent conversion to a Jehovah's Witness. On the track, Prince's guitar solo is delivered in a style similar to Carlos Santana. Prince's new protégé Támar is featured on the next track, the upbeat "Beautiful, Loved and Blessed", which will also be featured on her upcoming album, Milk & Honey. Track 11 is "The Dance", a moody tale of heartbreak and features Prince's delicate piano playing. The track is an updated redition of a version previously released on Prince's website. The album closer is "Get On the Boat", a James Brown-inspired, full band number which also reuinites Prince with long-time associate Sheila E. on percussion.