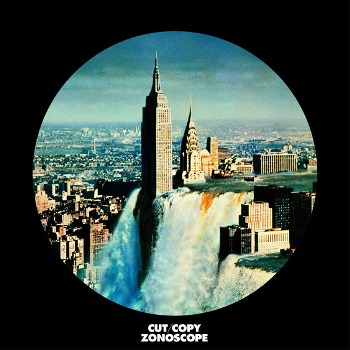 After toiling for four years with minor hits at home in Australia and in Europe, Cut Copy became more widely known in 2008. It was then that the trio would release their sophomore effort, In Ghost Colours, a receive raving reviews across the board. Following some tours and a handful of remixes, the Australian synth-poppers entered the studio again to record their third album, Zonoscope. In an interview with Pitchfork, band leader Dan Whitford explained that the music on here was created in a more more open environment through “weird, extended jams.” As a result, he said the album tends to have a more “repetitive, hypnotic, rhythmic” sound and a less straightforward approach than prior records.