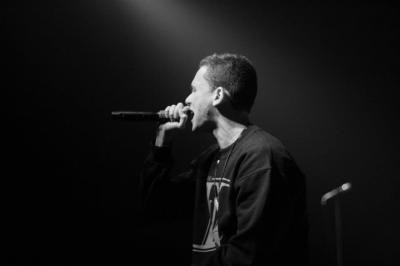 Это интересно: Beginning in his home state of Maryland, upcoming star Logic (born Sir Robert Bryson Hall II) has been crushing the rap scene since he was 17 years old. Logic cites the Wu Tang Clan as his influence in the early days, and his dream is to work with Kanye West.Growing up without a father figure in his life, Logic left home and has been flying solo ever since. A compulsive perfectionist, Logic is “…always in the studio recording and mixing,” and doesn’t frequently “party and hang out, play video games and go on vacation.”Above anything, the results show in his lyrics. He is the most dedicated rapper in the game, hands down. To this date, Logic has dropped two mixtapes,... подробнее
А как ты думаешь, о чем песня "44 More" ?
2010-2020 © WebKind.Ru Тексты песен